Over the Counter Pain Relievers Can Be Deadly

By EditorNews4 min read
No Comments

According to the Consumer Healthcare Products Association, 81 percent of adults turn to non-prescription or over-the-counter medications to treat minor ailments. Minor pain due to injury or illness, headache, cough, ‘flu, arthritis and a host of other conditions cause people to make a trip to a drugstore or supermarket to pick up a non-prescription medication.

For the most part, these medications are helpful if used according to directions such as the quantity and frequency of use. It is crucial to read all of the packaging information before taking any medication whether it is over-the-counter or prescribed by a doctor. Some limit the number of days or hours a medication should be taken and the labeling may instruct, for example, “Do not take more than six doses or for longer than five days.”

Any side effects listed from over-the-counter drugs are usually in very tiny print making them difficult to read, particularly for elderly people. It can be helpful to go online and research any side effects that may occur from medication you are about to take. Some medications are dangerous when combined with other drugs.

Aspirin is one of the most commonly used drugs in the world in the world but can be dangerous for people with:

Those who use aspirin on a regular basis and have surgery scheduled should inform medical personnel ahead of time. Aspirin prevents blood platelets from sticking together and may result in post-operative bleeding.

Only two countries in the world are allowed to advertise pharmaceutical products on TV. The United States is one and the other is New Zealand. It is known as direct to consumer pharmaceutical advertising (DTCPA.) In the U.S we are inundated with TV ads from pharmaceutical companies that not so subtly implore us to use their products. “Why take six of their pills a day when two of ours (Aleve, also known as Naproxen) an NSAID, will keep you pain free all day?” Sounds perfect, two pills instead of six, what could be wrong with that?

A non-steroidal anti-inflammatory drug (NSAID) can cause uncomfortable and sometimes dangerous side-effects. When an injury occurs, prostaglandins are produced by the body, prostaglandins produce the swelling, fever and pain of inflammation. They also protect the stomach lining from damage. Aleve reduces prostaglandin production and can cause the following:

Some of these symptoms can appear without warning and should be reported to a doctor immediately. The possible side effects appear on the medication label or the package insert along with the recommended number of days the medication may be taken. Many people do not read the warnings or simply believe two pain relieving pills a day cannot harm them.

Aspirin is an NSAID. It has fever reducing properties and assists in preventing blood clots by inhibiting blood platelets from clumping together in the blood vessels. Many people use low dose aspirin preventively to ward off stroke or heart attack but the drug may also precipitate bleeding in the digestive tract. Before using aspirin preventively, make sure to check with your doctor and inform him or her of any other medications you are using.

Ibuprofen (Advil, Motrin) is an NSAID. Ibuprofen is a fever reducer and blood clot preventive although less so than aspirin. In 2015, the FDA accelerated their warning about an increased risk of stroke or heart attack for people using higher doses of the medication.

Tylenol (acetaminophen) is a pain reliever and fever reducer. Side effects include liver damage and sometimes a severe skin reaction. It can pass into breast milk and should not be used by nursing mothers. Some common cold medications, cough medicines and sleep aids may also contain acetaminophen and should not be used in combination with Tylenol. Always check with your doctor before using Tylenol if you are taking other medications in order to prevent overdose.

Use a magnifying glass to read on-the-box cautions and warnings or go online to a reputable medical source (not the drug manufacturer) and learn as much as you can about the product. The small effort involved could prevent side effects and even save your life.

Your Thyroid – Care and Repair it Naturally

Holiday Blues or Something More 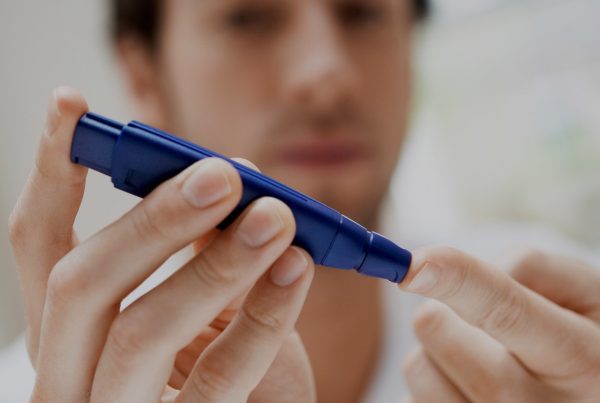 What is Prediabetes and Why it Matters